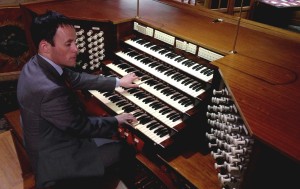 Dr. Anthony Hammond is a critically acclaimed English concert organist, composer and musicologist. His principal organ studies were with Roger Fisher and David Briggs in England, and with Dr. Naji Hakim in Paris.

As a performing and recording artist in Europe and the USA he is known particularly for his specialism in French Romantic and 20th century organ music, and as an improviser. His improvised accompaniments to classic silent movies have been highly praised, and many venues invite him back to perform again and again. Anthony sees introducing new listeners to the organ as absolutely central to his work. Silent movie concerts are of crucial importance to that work, as often they attract listeners who might never try attending a conventional organ recital.

He has recorded a number of CDs both in England and France for English, German and American labels (Priory, Ifo Classics, Raven), has broadcast on radio in the USA and for the BBC.

As a musicologist he writes extensively on organ music, publishing in many leading journals. His book on Pierre Cochereau, one of the 20th century’s greatest French organists, grew out of PhD studies at the University of Bristol and was published in 2009 by the University of Rochester Press, New York. He has transcribed a number of Cochereau’s improvisations from the original recordings, and the scores of some of these are published by J. Butz Musikverlag, Bonn. He is currently engaged on a project to record the complete organ works of the little-known 20th century French composer Léonce de Saint-Martin. 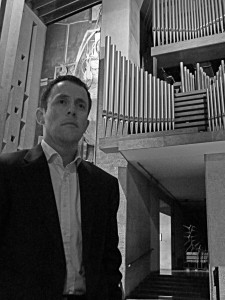 His church career has included appointments at Chester Cathedral; St. Mary Redcliffe, Bristol; Bristol Cathedral; Cirencester Parish Church; and St. John’s Episcopal Church, Princes Street, Edinburgh. In Cirencester, in addition to his work as Director of Music and Organist, he was also the founder and artistic director of the Cirencester International Organ Festival. Under his direction, the festival saw a number of the world’s leading organists (including Olivier Latry, Naji Hakim, David Briggs, Stephen Tharp and Dame Gillian Weir) performing gala concerts.